INTRODUCTION
In Persona 4 Golden, the skill card "info" you can display in your item list is practically useless; the descriptions simply reiterate the name of the skill and tell you little else.
This mod adds detailed descriptions to every skill card in the game, so you can know instantly what a skill does before you teach it to your Persona. 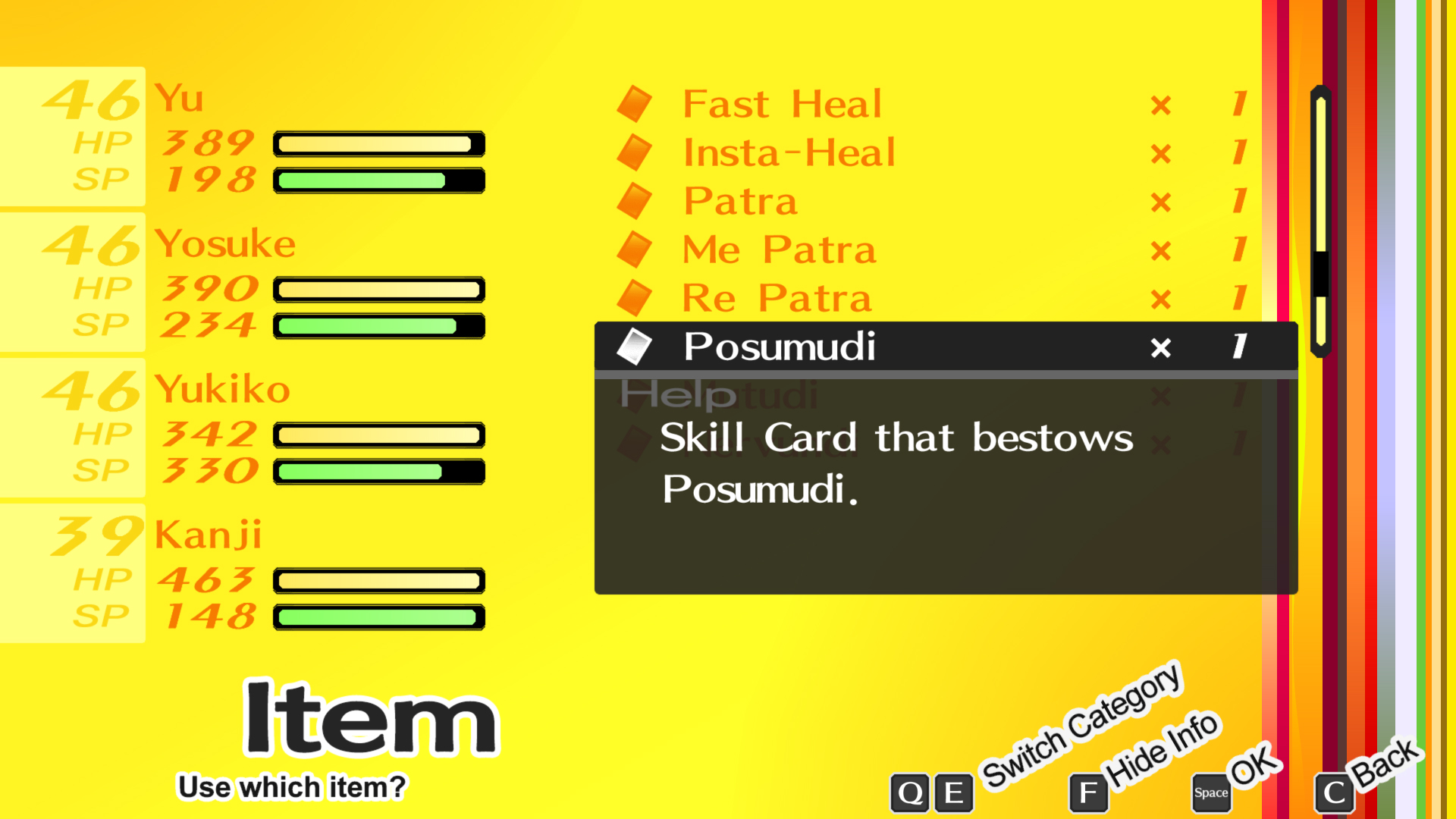 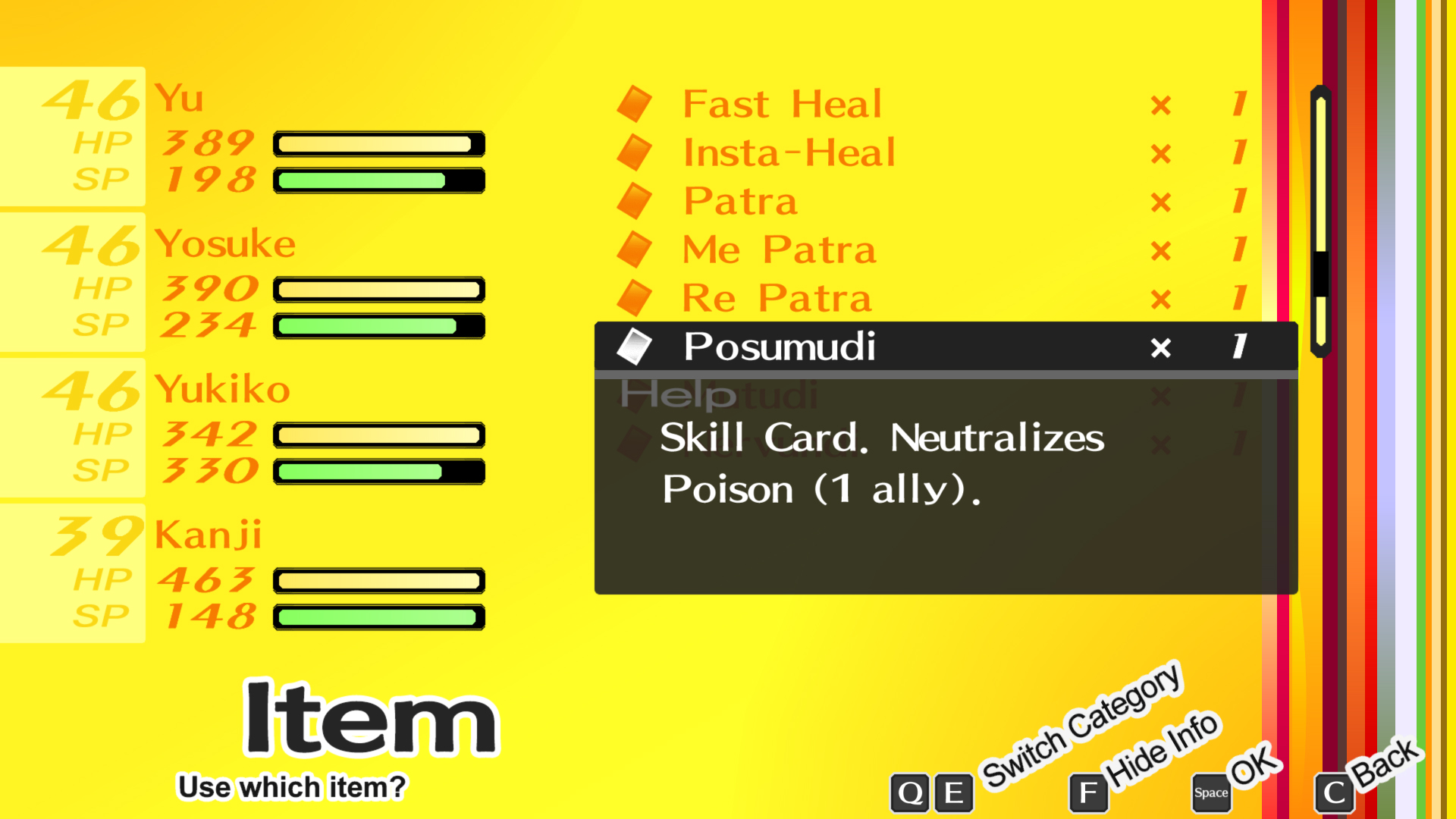 But that's not all!
Additionally, this mod updates all of the "Auto-" skill descriptions (Persona/Compendium views) with details of their effects.
Unlike the normal versions of Rakukaja, Marakukaja etc., the "Auto-" versions do not have detailed descriptions. Just like the skill cards, their descriptions do little more than reiterate the name of the skill, so I've updated those too: 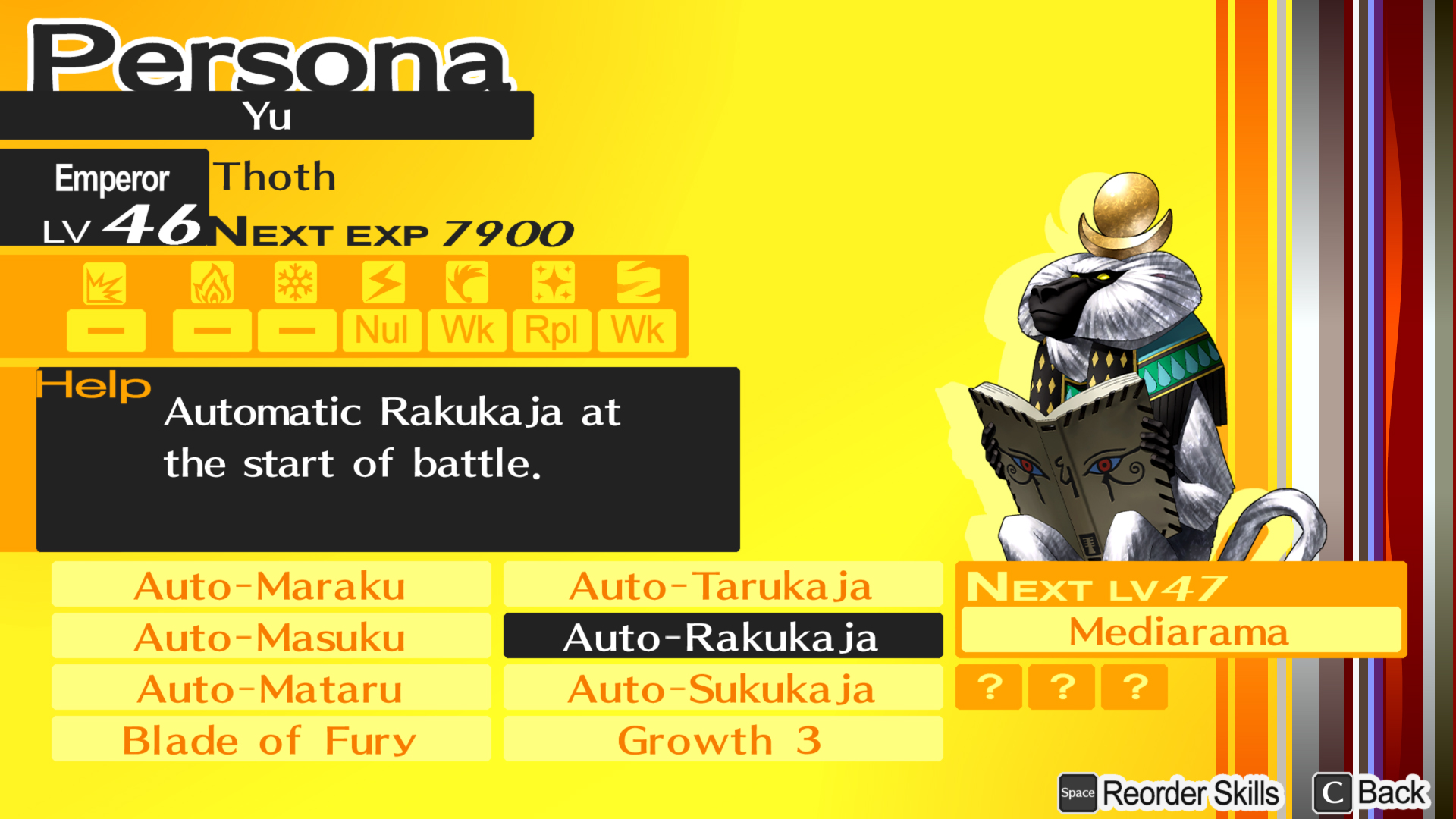 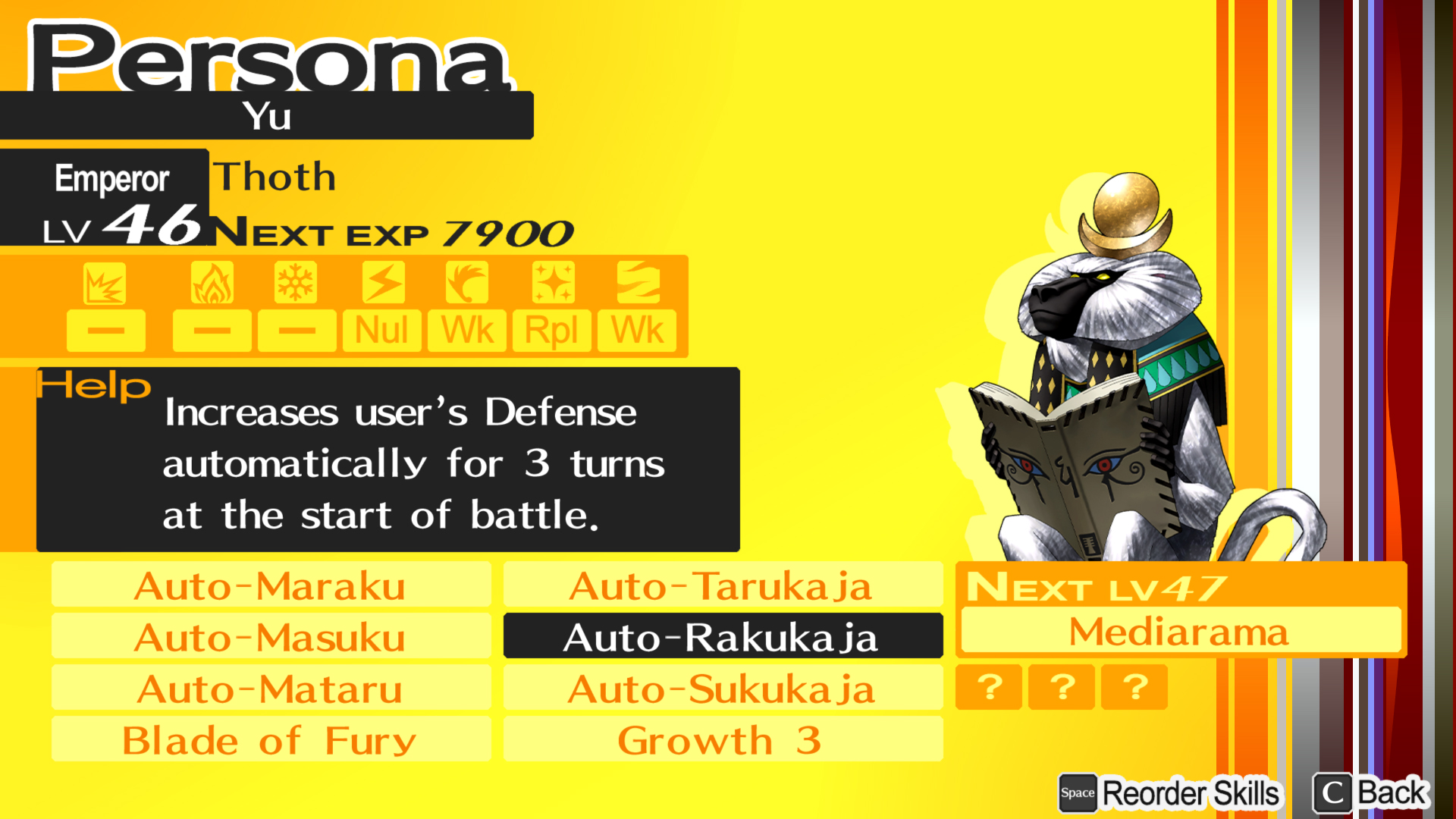 My installation steps assume you have used both of these mod tools before. If you have not, please read both TGEnigma's "readme" and MadMax1960's "Beginner's Guide to Modding Persona 4 Golden" before you try using my files.

INSTALLATION
NOTE: This mod was created for and tested on the latest stable Steam version of the game. I have not tested compatibility with the Denuvo-free or beta version ("Hotfix_01a").
FAQ
"I'm already using a mod that changes 'data00004\init.bin'. Is it possible to use both your mod and that one together?" "Do you recommend any other mods to compliment this pack?"
- "No TV Static" by ShrineFox
- "ENG Title Fix" by cabbage
- "Remastered Cutscenes Pack" by me!