This mod is supposed to be used with the Mod Compendium. It restores the unused costume dialogue found in P5R, which has been translated from the originally-Japanese text to English, thanks to the efforts of various fan translators and editors.

The unused script originally also had no portraits except for the neutral one; these have been edited with portraits to better fit the dialogue. Keep in mind that this is a fan translation of unused dialogue.

Note that the only dialogue that has been fully translated, edited, and coded into this mod so far is for all party members except Akechi and Futaba, due to the differing speeds at which different translators and editors work. This mod is a beta/work in progress, and will be updated for the other characters when possible.

To use it, with an outfit equipped (on Joker and/or any of the party members), talk to any one of your party members at the dungeon entrance (not safe rooms) and select "How's the clothes?" (this option only pops up if Joker or the party member has a non-default costume equipped).

This mod only works for the costumes available in vanilla at the moment. (Royal costume backporting is in progress, however, as seen by Saitsu's mod here proving that it's possible.) 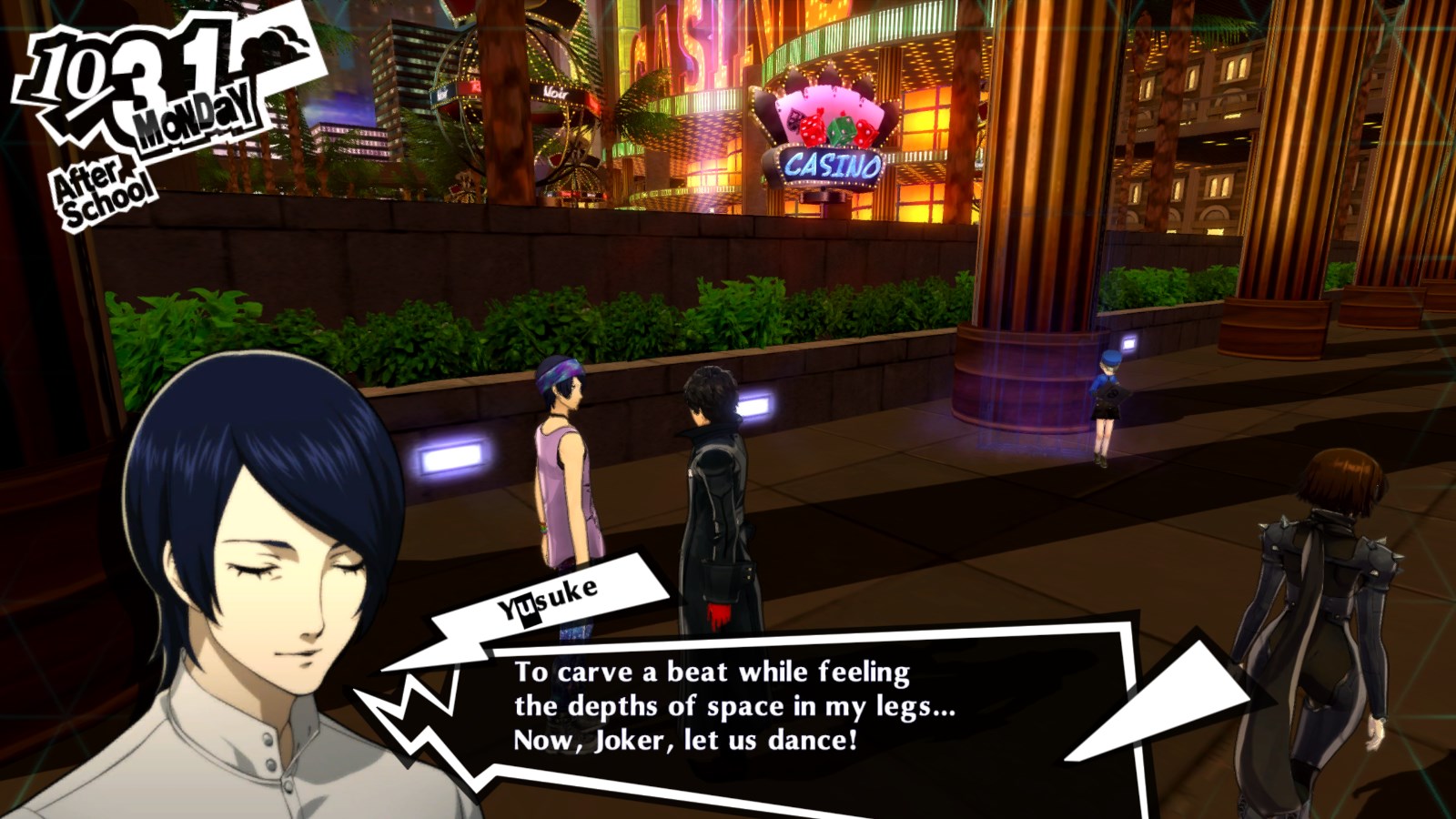 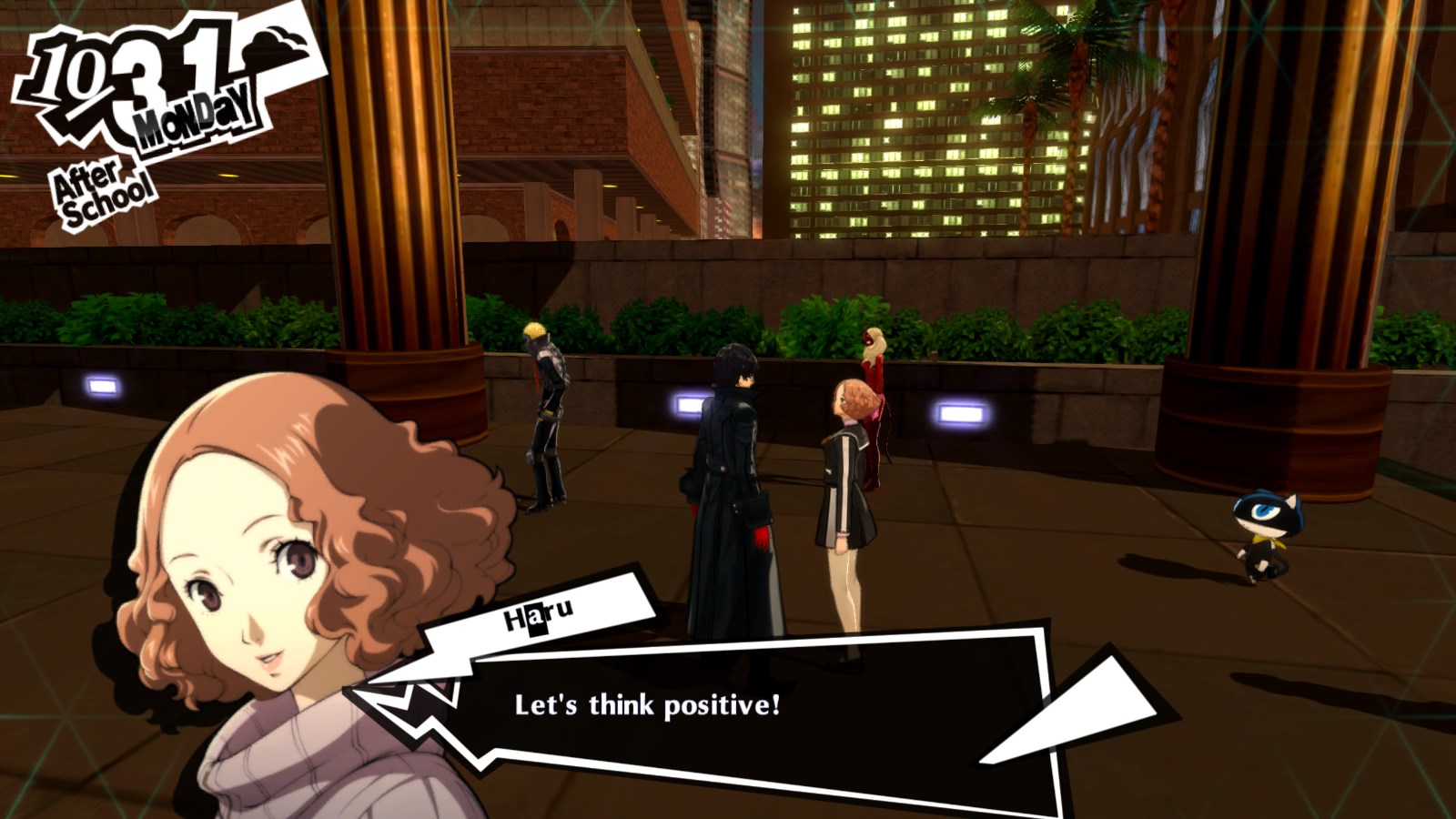 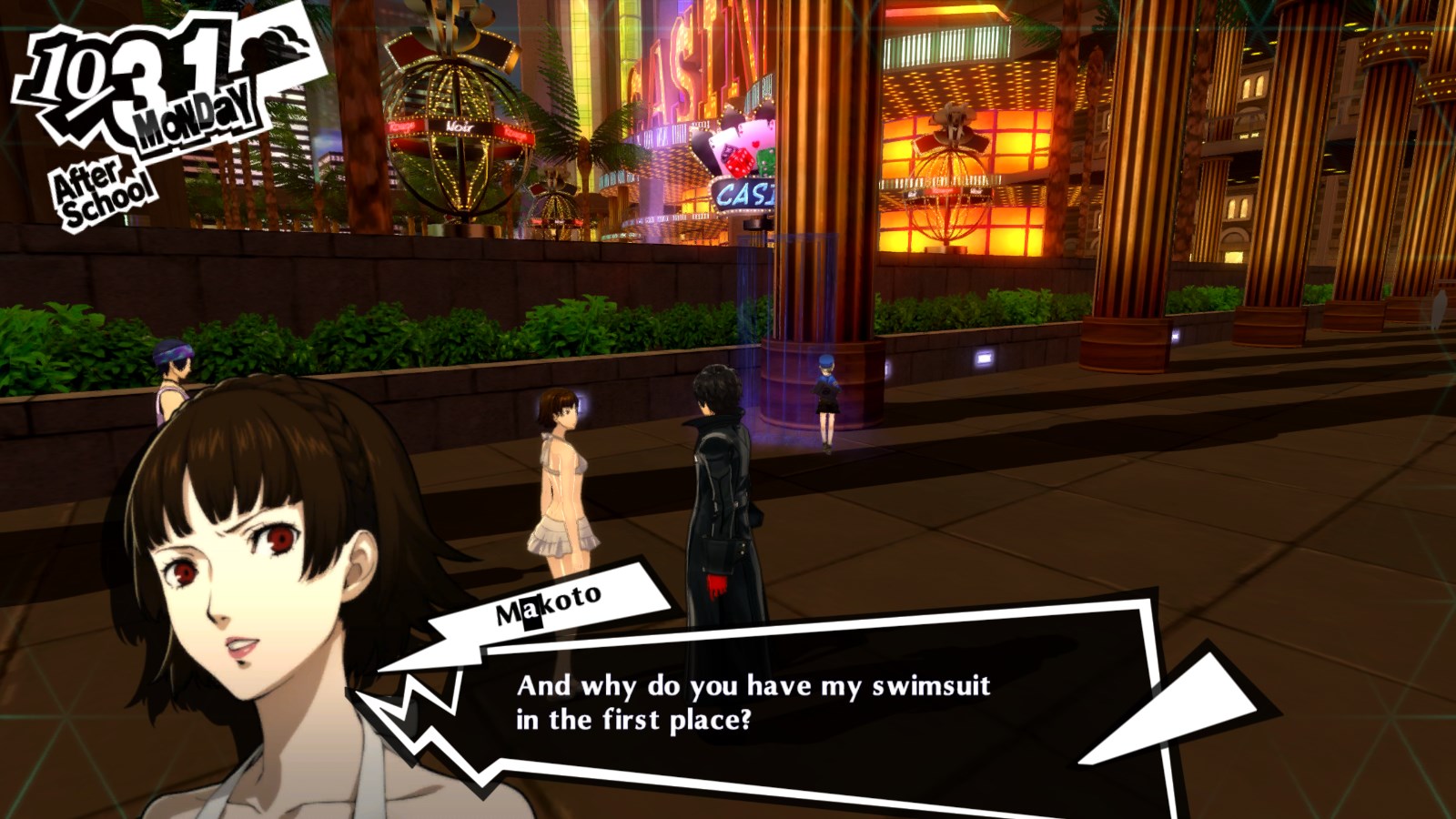 TRANSLATION NOTES
TRANSLATION NOTES
Show
Yusuke: Haru: Makoto: Ryuji:
CREDITS RELEASES If you run into any bugs or have feedback to provide, let me know by posting in this thread.
Last edited by chlorophylls on Sun Sep 06, 2020 9:50 pm, edited 1 time in total.
Top

This is really cool! Awesome works you guys. I wonder if it would be possible to eventually get it working in safe rooms? Similarly, it'd be cool to have the option between talk to party members/auto-heal when you press the square button, kinda like in P4. I would be happy to look into either scenario
Disclaimer: I try to respond to everything I can (when time allows), but might not always have an answer to every question.
Here's a link to the site's Github repo in the event I'm unable to update it.
Top

ShrineFox wrote: ↑
Thu Aug 27, 2020 4:07 am
This is really cool! Awesome works you guys. I wonder if it would be possible to eventually get it working in safe rooms? Similarly, it'd be cool to have the option between talk to party members/auto-heal when you press the square button, kinda like in P4. I would be happy to look into either scenario

I was actually thinking of trying to implement the functionality in safe rooms at first (since that seemed like the most logical place where those sorts of conversations between characters would show up), but vanilla P5 doesn't have the "talk to party members individually in safe rooms" function, so I decided on putting it at the dungeon entrances instead. I haven't looked into it too deeply, admittedly. You might know more about making NPCs/party members in safe rooms interact-able like how they are in P5R.
Top

Updated with dialogue for Ann, Ryuji, and Morgana. Fixed the flowscript with hooking functions, so ultra-thin character model errors shouldn't be as much of a problem anymore. If there are any, let me know. Download link in the OP has been updated; check to make sure you're on version 0.7.

Next up is Akechi and Futaba's dialogue.
Top
Post Reply
4 posts • Page 1 of 1