This is a simple mod that replace all button prompts with their Xbox counterparts.
It was pretty easy to do, but due to how the game is made and organized, it took me a LOT of time. Report back if you get any bug.

--- Screenshots (some are blurred to avoid any spoiler) --- 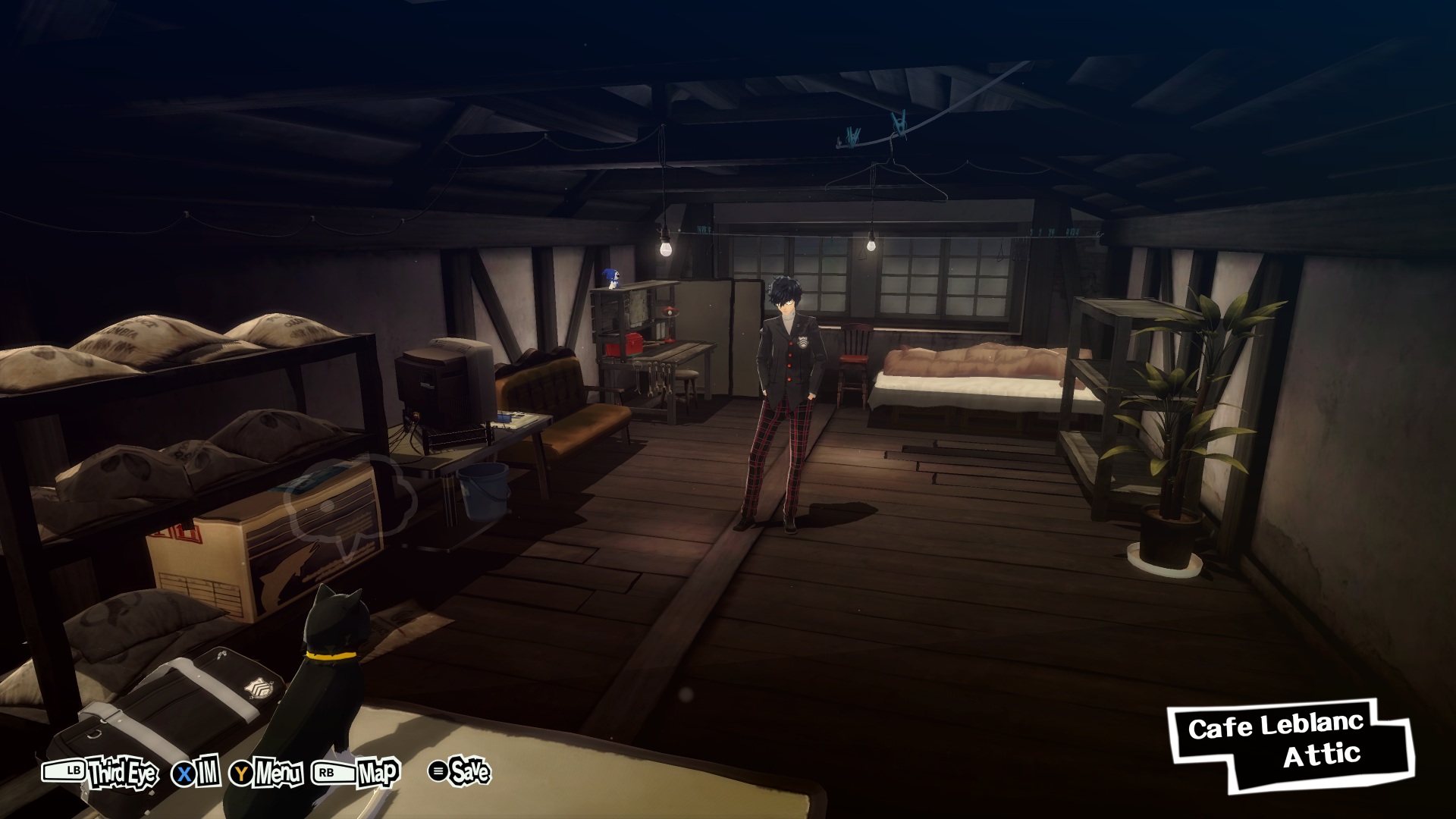 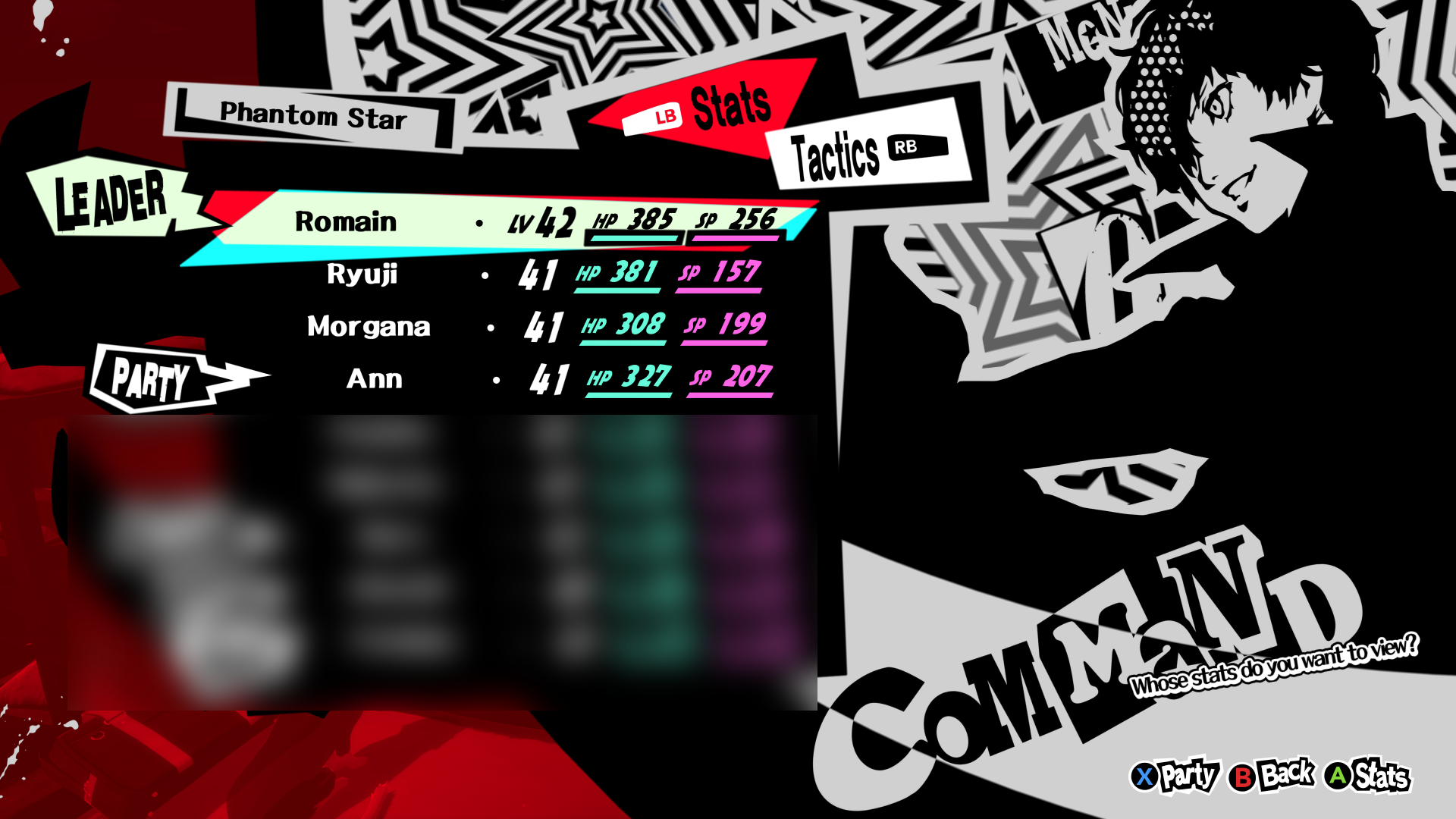 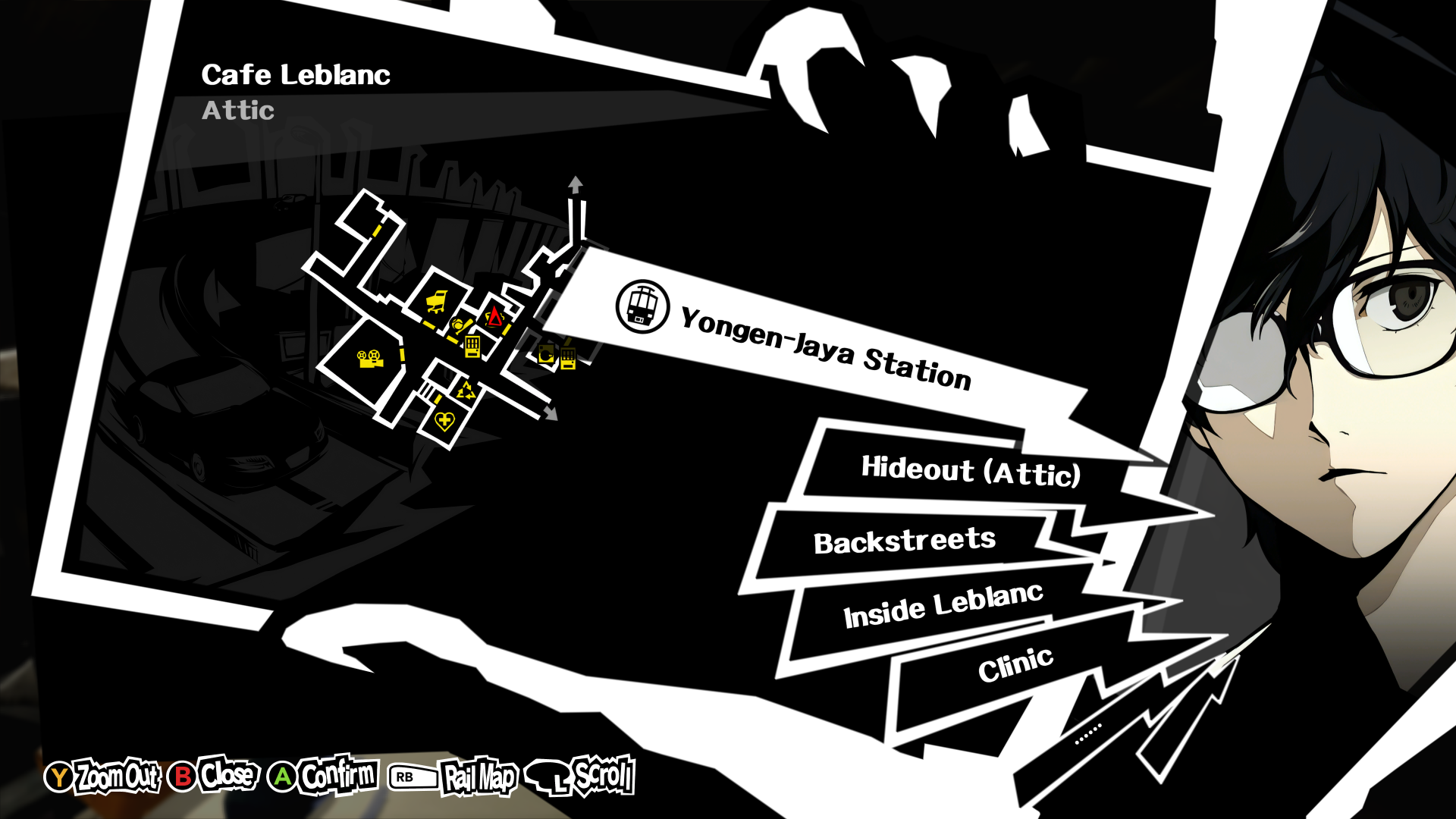 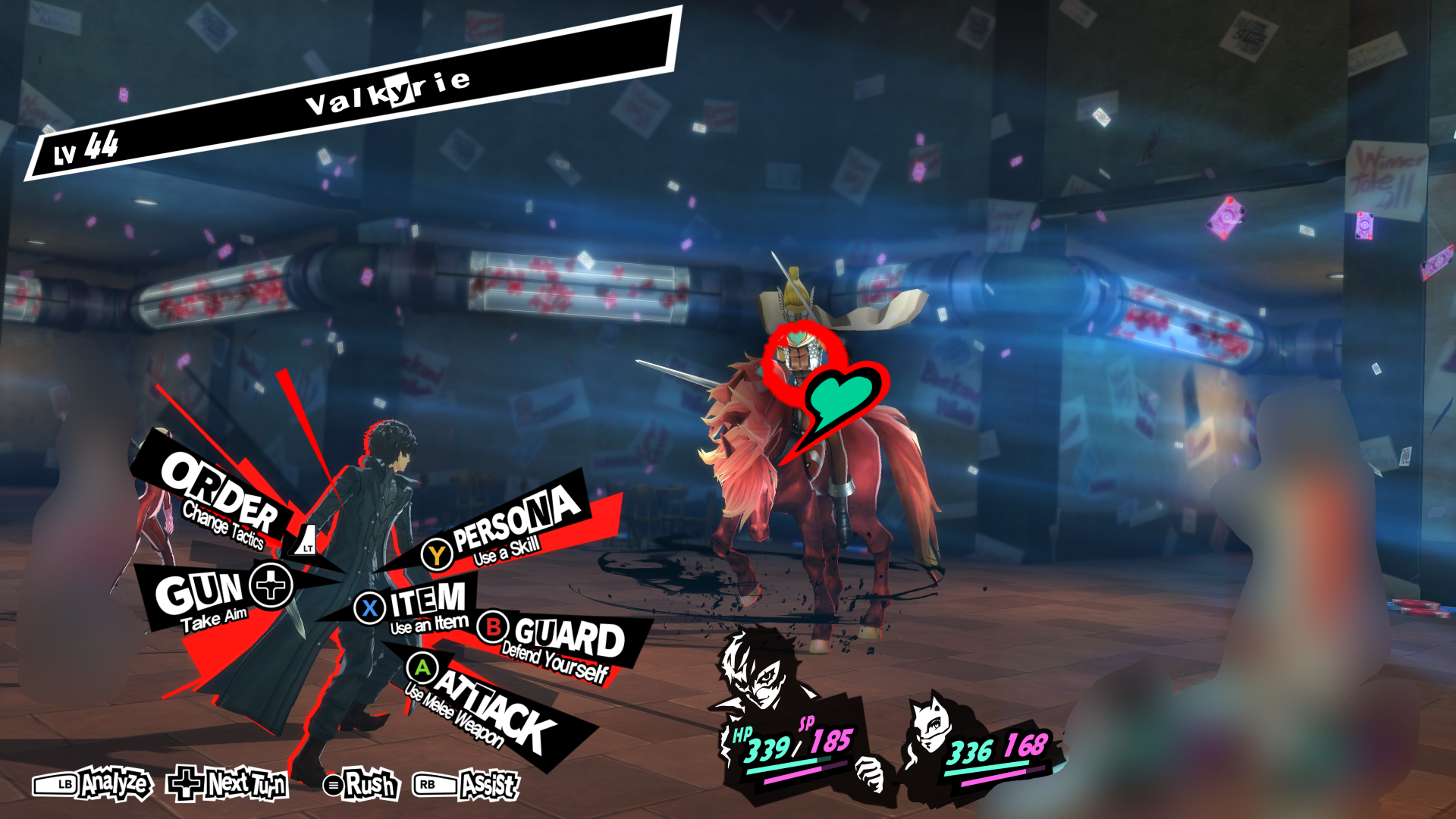 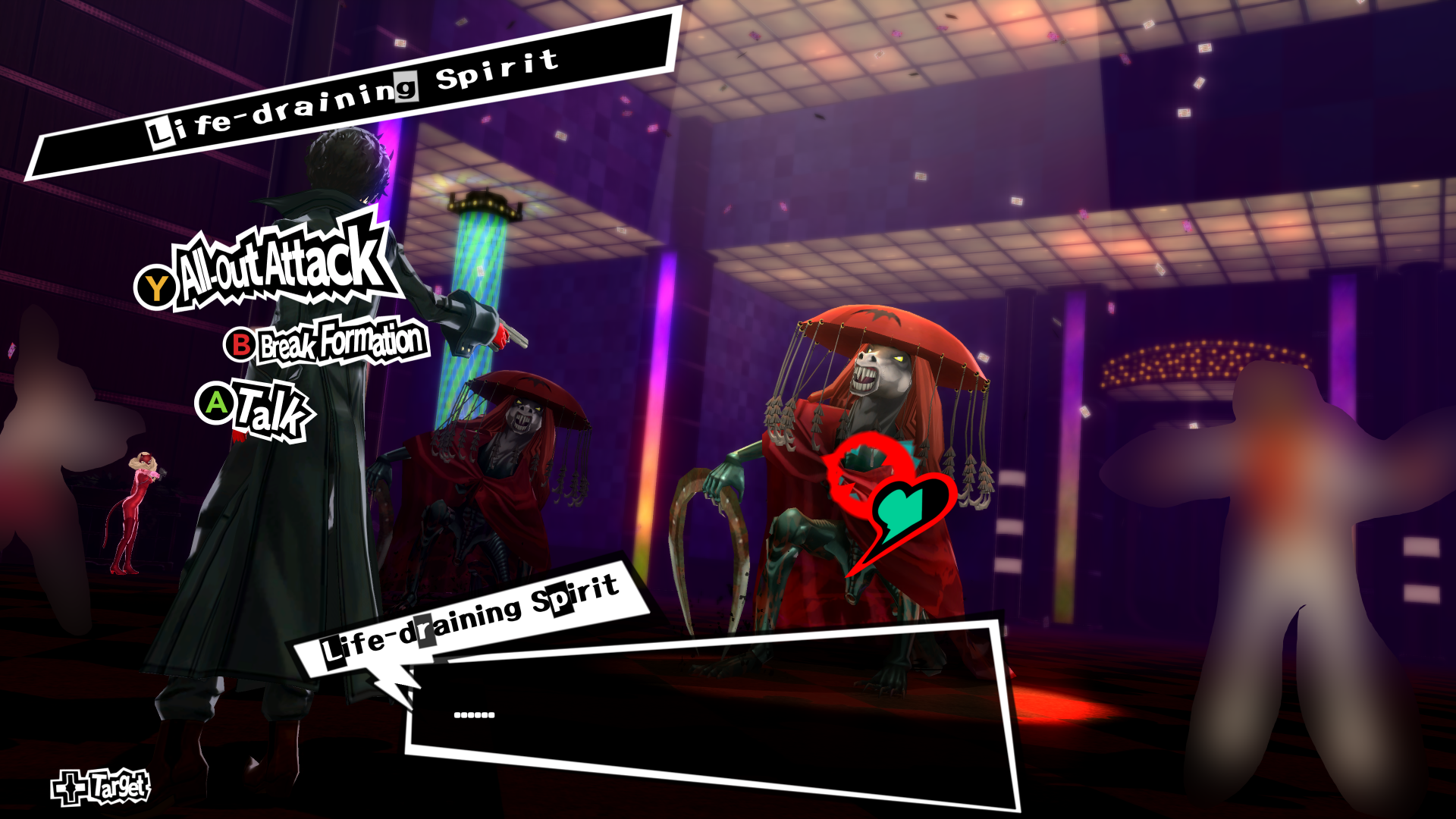 This mod was based on the 4K UI Upscale Mod, so you'll probably need it to avoid any issue (haven't tested without). Since there's no Mod Compendium version for that one (yet), you'll need to follow these extra steps :

- Download CriPak Tools and this folder.
- Download the Full 4K UI Upscale Mod and extract the archive
- Run CriPak Tools, open the "mod.cpk" file from the 4K Mod and press the "Extract me !" button. Should take a few minutes
- Once it's done, move the "Full 4K UI Upscale" folder in your "Mod Compendium" Mods directory.
- Go into the folder, then move everything that got extracted into "Data".

There you go, the Full 4K UI Upscale should be in your Mod Compendium, and you can enable it.

- A few shoulders buttons have a black or white square around them (visible in Personas menu)
- The hide prompt is still a cross. Can't do anything about that.
- On the result screen, the "Next" button on the left is still a cross.
Top

Hey, great mod! Just curious if you could potentially make this mod for normal resolutions, since some players like me can't get 4k monitors, yet would like the new prompts for Xbox controllers. Thanks!
Top

Yeah, same.
I think I can downscale it easily but I don't want to do it without permission.
Top

This is really nice. How do you make this kinda mod anyway?
Top

Wow I'm extremely late to seeing this, but excellent job! I commend you for how long this must have taken. Thanks for posting it
Disclaimer: I try to respond to everything I can (when time allows), but might not always have an answer to every question.
Here's a link to the site's Github repo in the event I'm unable to update it.
Top

Yeah Shrine, the thing that sucks is that those that don't have 4k monitors don't get to use it
Top

Hey all, sorry for the late reply ! And thanks for your feedbacks !

I'll think about doing it for standard resolution, but keep in mind you don't need a 4K monitor to use the 4K resolution pack, the image will be much clearer even on a 1080p monitor, hence why I made the mod primarily for the 4K upscale mod.
Top

yes, but many other mods are less compatible with this
Top

Is that 720p or 1080p version still gonna happen? This mod is great but it increases loading times way past what they normally are.
Top